In late April 2011 we decided to do on a weekly basis a realization of a page of ein(e) ausführende (r), by Manfred Werder. Each member would take the performance and also be responsible for making a record and a picture of the site or the materials for the actualization.

The work consists of four thousand pages that are played on one succesion (with sections), and is part of a larger project that includes works for two, three, four, five, six, seven, eight and nine performers (which, in turn, each one consists of four thousand pages that are played on one succession). The premise of the score is simple, a number designating the performer (1), provides an action: six seconds of sound (or action) followed by six seconds of silence; a point (.) signals twelve seconds of silence. Each page has eight lines and a duration of eight minutes, one minute per line and each line is divided into five units of twelve seconds each, which can be either action or silence. As stated in the general instruction to the work: ” one question constitutes ein(e) ausführende(r): action or silence.”

That question is filtered (or agencied) by circumstances and the contingency of the performer who decides to make a (some) page(s). In the months that followed from May to September 2011 the premise of conducting a weekly realization was not maintained, but each page is a translation on the diagram annotated as score and an evidence for the contingency that produced it.

In the blog entry performer series (of the composer’s blog), you can follow the actualization of all the works of the project, its date, place, tools or instruments, and the length of the sections. page 524 by Sebastian Jatz Rawicz
on Wednesday 7th of September, 2011
at 22:50 in his flat’s bathroom in Bellavista, Santiago, Chile. page 523 by Santiago Astaburuaga
on Wednesday September 7th, 2011
at 16:30 in his flat in Seminario, Santiago, Chile page 522 by Alvaro Ortega
on Thursday 6th of August, 2011
before midnight in his flat in Pío Nono, Santiago, Chile 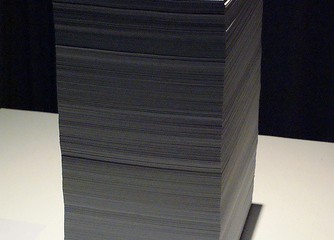