context
Relevo, a public laboratory for artistic collaboration in a scheme of successive residences (” in the manner of a relay race”), conducted between August 31st and September 26th, 2010. ala1RECS & arsomnis cohabited with the artist Javier Toro Blum and architecture studio co-op during the second week of public laboratory.

On Tuesday 7th we conducted a workshop for the preparation and assembly for Sculptures musicales. For this we invited Ignacio Morales, Fernando Godoy and Raúl Díaz, who each contributed a musical sculpture, which were combined with other sculptures and collections of objects, which were placed in the large gallery space. Sebastián and Santiago were responsible for conducting a scheme of succession and duration for each sculpture. The first audio recorded some sculptures in detail.

The audio was removed by request of Edition Peters Group, publisher of J. Cage’s works, on September 2017.

On Wednesday 8th we prepared and assembled Cartridge music for a proper realization, and played a first run. For this work were invited Raúl Díaz, Fernando Godoy, Ignacio Morales and Gerardo Figueroa. There were two records of the same run, the second was led by Luis Barrie, who made a record by moving around Matucana 100, going in and out the gallery. All Cartridge music versions were made with eight cartridges and eight contact microphones.

On Friday 10th, we prepared and implemented a version for Rocks. Álvaro and Nicolás composed fifteen groups of appliances and devices (three to five per group), the duration of their simultaneous activity and their specific placement in the gallery space.

The “rocks” were as follows
1. three radios
2. three razors
3. two fans and an electric heater
4. a drill, a juicer and a blender
5. two stoves and electric massager battery (photo 27)
6. three electric kettles
7. a Yamaha cassette portable studio, a Sony portable reel-to-reel recorder and a fan
8. three empty cassette players
9. three cell phones
10. two sewing machine and a massager on a surface
11. three hair dryers (photo 32)
12. a cable connected to an amplifier, a juicer and two drillers
13. three vacuum-cleaners
14. a quintet of fans
15. an electric knife and two mixers (photo 28)

The audio was removed by request of Edition Peters Group, publisher of J. Cage’s works, on September 2017.

On Saturday 11th we prepared and carried out a simultaneous execution of three realizations of scores by Cage: Variations I, Variations II and Variations IV. The first two were used to compose instrumental parts adaptable to any instrument (or sound source), the third to determine movements of the musicians in the gallery space and other sites near it (i.e. bathrooms). For this activity we invited Benjamín Vergara (trumpet) and Diego Aguirre (guitar).

During the residence Sebastián Jatz Rawicz made a spanish translation for Cage’s mesostics entitled Composition in Retrospect.

On Sunday 12th, Jatz participated in a conversation with Javier Toro Blum and some members of co-op, hosted by Soledad Falabella, Alejandra del Rio and the organizers of Relevo. 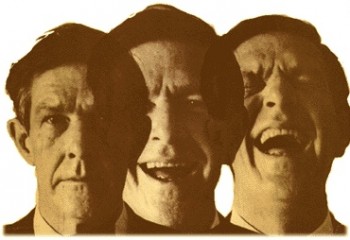